Get to know a bit more one of the most-known Youtubers of the Spanish Sims Community. Taking advantage that we both attended The Sims 4 Get to Work event, we interviewed him in person in the outsides of the EA studios in Madrid. We had a great time recording the interview, full of laughter and good moments. 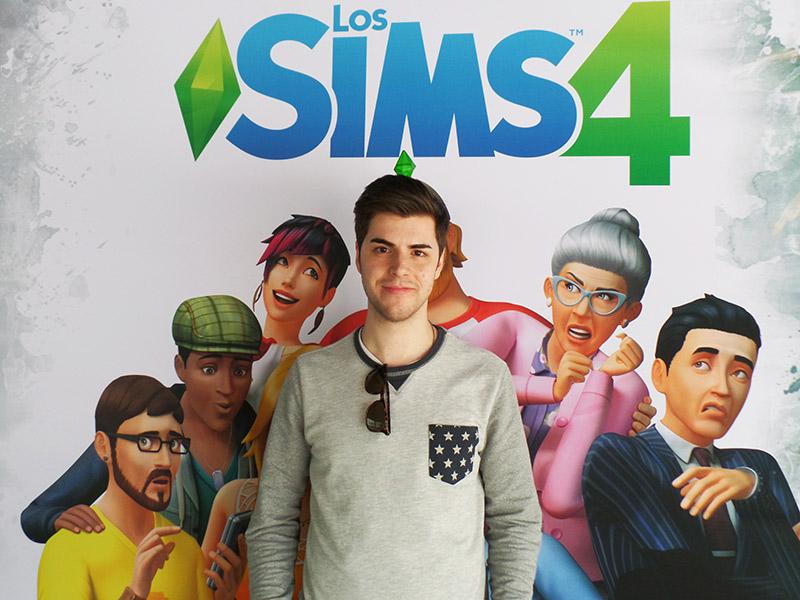 How did you started in The Sims world?
I’ve known the game since The Sims 1. At the age of seven, thanks to one of my parents’ friends, more specifically his son who had the same age as me. I started playing The Sims. He loved computers and so it was him who introduced me to The Sims world. Since then I haven’t stopped playing - not even a year.

What do you remember with more nostalgia of your first games?
What I remember the most is how innovative it was since the game had no end – it was basically playing a life. I think it was that, the novelty. The fact that it was a game that had no end, a new concept. In addition, the games never ended. For me, playing a life was the best part.

What do you think about the new Sims 4 expansion pack “Get to Work”?
Based on what I’ve seen and tried a short while ago, I think people are going to love it. It comes fully packed with novelties, although we already knew this regarding businesses and active careers, but it’s not like we have seen it so far – it’s different. I have really liked it.

Since you are a veteran Sims player, which aspects of the game would you improve in future editions?
More than in improving, I think they should focus first on the optimization and efficiency of the game. In the future, when we have lots of expansion and content packs, we don’t want to suffer again what happened to us with The Sims 3. That was so exasperating! That’s why I think they should focus on this.

I would also like that they included a different means of transport but taking profit of what already exists like the steamboat or the tram. I think it would be good that we could actually use them in the future.

Although they say that the means of transport in The Sims 4 are different, and it’s true, but even so I still miss the cars. Profiting from the fact that they have included the boat and the tram, well why not adapt them so they could be actually used.

Another aspect I would love is The Sims 2 cinematic. I was a fan of this and the stories with its characters. They kept you wanting to continue with the story. It would be nice they focused and improved this aspect.